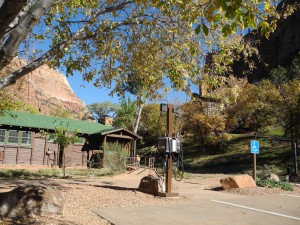 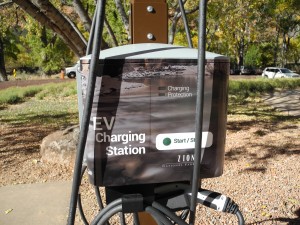 ZION NATIONAL PARK, December 10, 2014 – Zion Lodge has become one of the few national park lodges in the country to offer electric car charging stations to visitors of the park.
The lodge, which has received numerous awards for its sustainability initiatives, recently installed two Level 2 Clipper Creek Dual CS 40 systems. The stations are available on a complimentary and first-come, first-served basis to visitors of the park.

“Just as Zion Lodge is perpetually focused on enhancing our sustainability programs to minimize our environmental footprints, our guests are increasingly focused on softening their own footprints as travelers,” said Daisy Hobbs, general manager of the lodge. “We have noticed more and more of our guests are driving electric vehicles, and we believe these charging stations will encourage them to relax and recharge their own personal batteries here at the lodge, with its stunning backdrop of red-rock cliffs, while they recharge their car batteries.”
During the months of November through March, visitors may drive private vehicles into the park regardless of whether they are staying at the lodge, while visitors during the months of April through October may drive into the park if they have reservations at the lodge. Day visitors during the summer season may travel into the park from the Zion Canyon Visitor Center using a free shuttle operated by the National Park Service.

Zion Lodge is operated by Xanterra Parks & Resorts, which has long been recognized and honored for its industry-leading sustainability initiatives. Zion Lodge has received numerous environmental awards for its programs. Most recently, the lodge received “Top Product of the Year” in the Environmental Leader Product & Project Awards for developing an innovative water-cooled system for walk-in refrigeration units in its Red Rock Grill kitchen. The system has resulted in a drop in use of nearly 1 million gallons of water annually. Since 2010, the lodge has used 19.4 percent less water, 4.2 percent less electricity and 44 percent fewer petroleum products. Additionally, the lodge has increased its sustainable retail items by 68 percent.

Listed on the National Register of Historic Places and a member of Historic Hotels of America, Zion Lodge offers the only accommodations in the park. The hotel features 76 hotel rooms, six suites, 40 cabins, restaurant and gift shop. The lodge was designed by Gilbert Stanley Underwood in the 1920s. After a fire in 1966, the lodge was rebuilt in 100 days with the top priority being to restore guest services. The lodge’s original rustic design was sacrificed at the time but was restored to its original classic appearance in 1990. 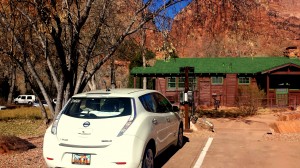 Join our Email Club and get all the latest news, events and updates.